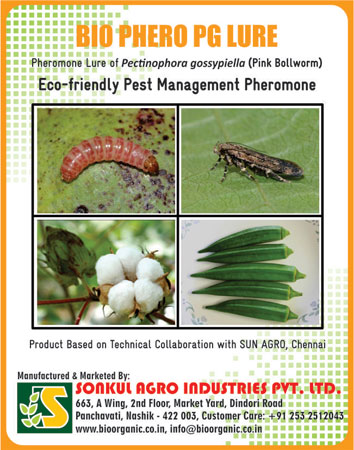 The larvae have the characteristic dark brown head due to the sclerotised prothoracic shield. Adults are small, dark-brown moths measuring about 12-20 mm across the wings. The head is reddish brown in colour with pale, iridescent scales. Antennae are brown and the basal segment bears a pecten of five or six long, stiff, hair-like scales. The labial palpi are long and curved upwards: the second segment bears a slightly furrowed hairy brush on the underside that becomes smooth distally and the terminal segment is shorter than the second. Forewings are elongated-oval, pointed at the tips and bearing a wide fringe. The ground colour of the forewings is brown and they have fine dark scales that form vague patches in the region of the medial cells and at the wing base. The apical portion of the wing is dark brown with a transverse, light-coloured band. Sometimes the wing bears a round medial spot. Legs are brownish black with transverse, ochreous bands in the form of rings. The abdomen is ochreous toward the upper side, dark brown laterally and covered with ochreous-brown scales on the underside.

Eggs are laid in the sheltered places of the plant, underside of young leaves, on buds or flowers. Once the bolls are 15 days old, these become favored sites for oviposition. Larval cycle lasts for 9-14 days in hotter regions. Mature larvae are either 'short-cycle' and will go on to pupate or 'long cycle' to enter a state of diapause. While the former is the observed phenomenon in South India, diapause is seen in the North and Central parts of India. Short cycle larvae pupating may cut a round exit hole through carpel wall and fall to ground or may tunnel the cuticle, leaving it as a transparent window and pupate inside. Pupation is inside a loose fitting cocoon with a highly webbed exit at one end. Pupal period ranges between 8 and 13 days. The life cycle is completed in 3-6 weeks. Late season has invariably overlapping broods. The long cycle larvae entering diapause, spins a tough thick walled, closely woven, spherical cell referred as “hibernaculum” with no exit hole. Always, the long term larvae occur during end of crop season, where there are mature bolls present and larvae often form their hibernaculae inside seeds. Hibernacula may occupy single seeds or double seeds. P. gossypiella hibernate as full fed larvae during cold weather. Diapause larvae often spin up in the lint of an open boll and if still active in ginnery, will spin up on bales of lint, bags of seed or in cracks and crevices. Moths emerging from the hibernating larvae are long lived with females and males alive for 56 and 20 days, respectively.

Larva when attacks the bud of less than 10 days old, shedding of bud occurs and larva dies. But with older bud, larva can complete development. There can be sure infestation on bolls but there need not be any shedding. Larva in flower bud spins webbing that prevents proper flower opening leading to rosetted-bloom. Ten to twenty days old bolls are attacked from under bracteoles. Larvae feed on the developing seeds. While in younger bolls entire content may be destroyed, in older bolls development could be completed on three to four seeds. Interloculi movement is also seen. Several larvae can infest a single boll.